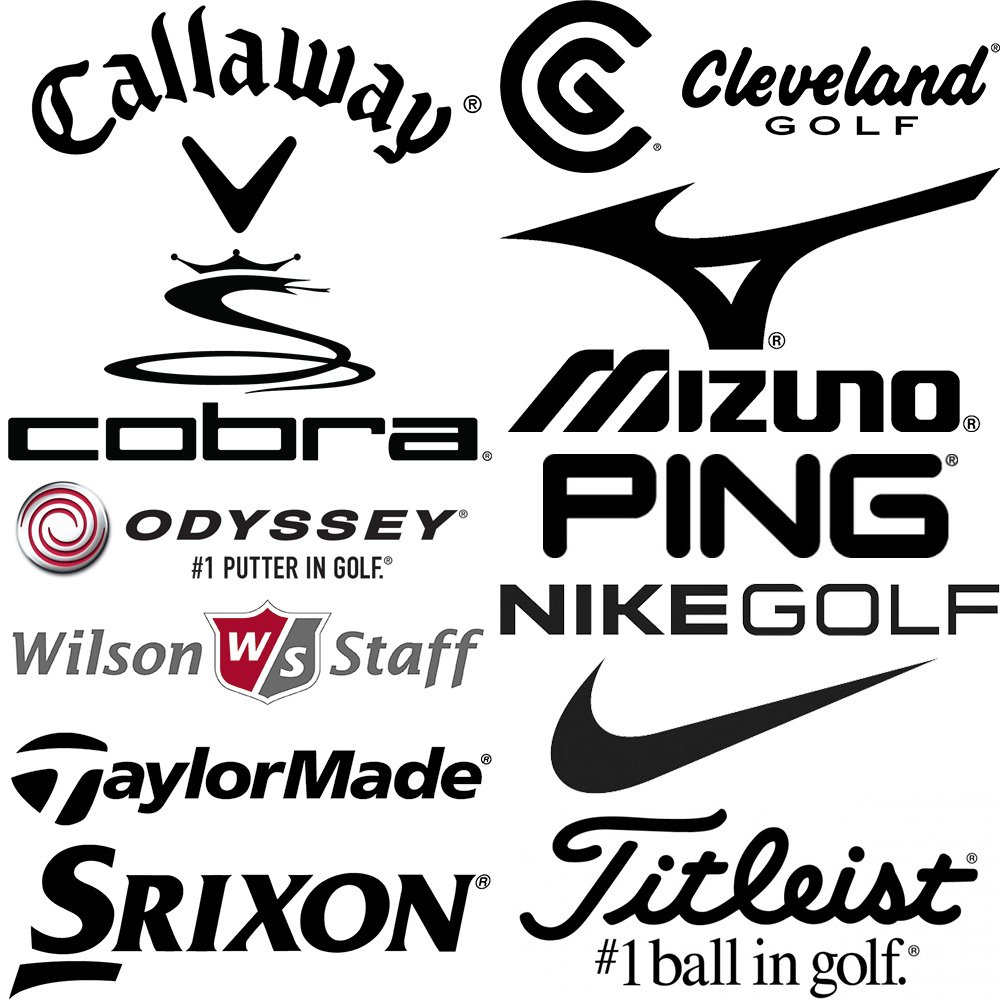 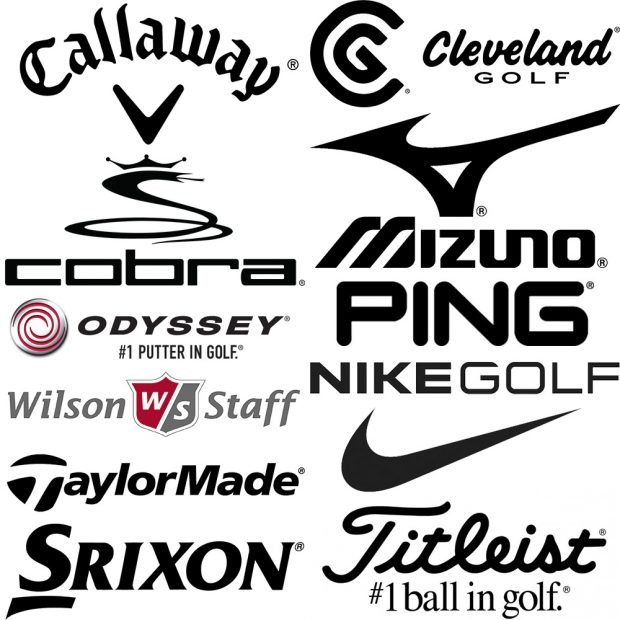 Behind all good golf equipment lays an excellent manufacturer. However, there are dozens of golf brands competing with each other in the current market. And, if you’re just starting out in golf, then getting to know each one them can lead you to discover new and great golf equipment you never thought you’d encounter. Of course there are the obvious golf clubs, golf bags, golf carts, golf shoes and golf balls, but there are a lot of accessories and gadgets like golf rangefinders and golf GPS watches.

But, given the extensive list of golf brands, familiarizing all of these worldwide brands seems too farfetched, close to impossible even. So, in order to make things easier for, you’ll only be going through the top 11 of the best golf manufacturers below. This will help you narrow down your list of which brand will suit your needs best.

Callaway: It’s All About The Joy

Way back in 1982, the late Ely Reeves Callaway founded this company, which is fittingly called Callaway Golf. Just like how this brand shares the same name of such prominent figure, it has also embodied Mr. Callaway’s vision for superior quality and excellent service. Its 6.9% net sales increase in the third quarter of 2016 seems to agree with such repute.

Midway the 1980’s, Callaway yet again proved its knack for attention to quality and detail with its Callaway Edge and Persimmon lineups. Such feats were all owed to the amazing club designer, Richard Helmstetter.

Not long after Callaway released its iconic Big Bertha driver, in 1991, Mark Brooks took home two PGA Tour wins with the help of the same club. Big Bertha then became the number one driver in both LPGA tour and Champion’s Tour, just a year later.

Check out the Callaway products

TaylorMade: From Small Beginnings To Making It Big

What started as a 4-man, 6,000 sq. ft. building, TaylorMade has really gone far ahead in this industry. Back in 1979, Gary Adams, the founder, along with 3 other employees, took their chances in the golf equipment business with just a single 12° stainless steel driver cast.

Although his methods were a bit unconventional, Gary Adams always believed that his company has the best clubs. And that belief eventually turned to reality when Lee Trevino won the US PGA Championship, using a TaylorMade driver. Others immediately took note of the potential that Gary and Lee saw in TaylorMade. And now, the company just unveiled its new M1 Special Edition Driver.

Check out the TaylorMade products

Titleist: When Radiology And Golf Oddly Comes Together

One day in 1932, Phil Young, an owner of a molded rubber company, missed a putt while playing with his friend, who happened to be the head of an x-ray department. Convinced it was a defective ball, Phil persuaded his friend to put it under an x-ray, and consequently discovered that the ball’s core was actually off-center.

This finding prompted Phil to collaborate with his fellow alumni, the rubber specialist and golfer, Fred Bommer, to make their own ball improvements. The rest, as they say, was history. Today, Titleist is considered #1 in the golf ball industry.

Following its projected success in the business, Titleist decided to broaden its horizon in 1962, and started producing other golf equipment. So today, any amateur player can now experience the honor of playing with the balls that started Titleist’s legacy, while also enjoying its other gears like bags and golf clubs.

Check out the Titleist products

Nike: The Jack Of All Trades

From golf clothes, golf bags, to golf shoes, and other golf gears, you name it, Nike has it. In 1984, Nike expanded its walls to the golf industry. And although it was a bit late entering into the golf trade, the company was still able to find success without much difficulty. However, almost everyone already saw this coming, given Nike’s impressive marketing schemes and strategies.

Armed with its expertise in shoe making, it wasn’t really a surprise for Nike to also start with such apparel in its new venture. Fourteen years later, Nike slowly eased in on other golf gears. But, it wasn’t until the famous Tiger Woods was taken under Nike’s wings that made the company soar even higher in the golf business.

Check out the Nike Golf products

Srixon: When Rubber Turns To Gold

With its experience and expertise as a company that specializes in rubber products, Sumitomo Rubber Industries transitioned into the golf ball-making business rather effortlessly, thus creating the Srixon brand. At one point, Srixon even handled ball productions for the big golf company, Dunlop Slazenger. But as of now, Srixon continues to focus in its own creation.

With the help of great minds and endless innovations, Srixon now holds up to 700 patents internationally, including the historical balata golf ball and the latest world-renowned Hi Spin golf balls. Moreover, don’t be surprised if this brand is sometimes paired with the Cleveland lineup, since they now share the same parent company called SRI Sports.

Check out the Srixon products

Cleveland Golf: Nothing Beats The Classic

If you’re looking to improve your wedge performance, Cleveland Golf is the best brand to help you in that regard. Having produced one of the best-selling wedge (the 588 wedge) of all time, Cleveland Golf guarantees a lineup that is tour-proven, quality-driven, and budget-friendly.

Champion players the likes of Keegan Bradley and David Toms, among other professionals, can all attest to Cleveland’s never ending pursuit for quality and value. And just as mentioned above, Cleveland Golf now belongs under SRI Sports, same with Srixon.

Check out the Cleveland products

Ping: Doing The Deed Yourself

When Karsten Solheim, a mechanical engineer, felt his putts to be lacking, he took it upon himself to one day develop a putter that would meet all his needs. And in 1959, he did, and created his first 1A model. As a bit of a trivia, the brand name Ping was actually coined by Solheim due to the sound that his putters’ made when hitting the ball.

Even in its early days in the business, Ping had already established a good reputation. But, it wasn’t until it debuted its classic Anser putter that launched the company to the frontline. Since then, Ping has consistently remained part of the big league. And, its recent 50th anniversary of the Anser putter, back in Nov. 3, 2016, is more than proof of that.

Check out the Ping products

Cobra: Products For Winners, By A Winner

When you have a former Australian Amateur Champion that is driven by passion and big dreams, who then decides to enter the golf equipment industry, the end result is nothing short of amazing. Fortified with first-hand experience, Thomas L Crow made a life-changing decision by starting his own golf club brand.

In just two years, Crow succeeded in dominating the utility club market with its uniquely designed club, the Baffler. Today, Cobra’s clubs are still very much revered and continues to deliver wins to both professional and amateur players. And ever since the world-famous Puma acquired this company, Cobra gained even more traction towards success.

Check out the Cobra products

When Callaway took over Odyssey, a manufacturer of putters, back in 1997, the whole putter market was revolutionized. After the newly-revamped company introduced its Two Ball putter designed, even other manufactures took notice. Some were even pushed to completely change the way they designed such golf club.

At present, Odyssey remains at the top of the putter competition. It even ranked as the #1 putter in the recent July, 2016 PGA Championship. And two weeks prior to that, it also placed #1 at the Royal Troon, in credits to Henrik Stenson.

Check out the Odyssey products

While most golf equipment companies believe that they should get the player’s trust first, Wilson does it the other way around. The reason why Wilson is where it is now is because it made the conscious choice of putting its trust on one young golfer named Walter Hagen, way back in 1914.

As Thomas E. Wilson continued to innovate in his creations of golf goods, Walter on the other hand helped the company build its reputation.

In 1922, another pro golfer named Gene Sarazen joined Wilson, and with his help, the game-changing sand wedge (R-90 Wilson) was born. He then went on to winning several major tournaments under the same banner, records of which will forever remain in the history of golf. Other players that gained Wilson’s trust includes Sam Snead and Harrington, among others.

Check out the Wilson Golf products

Mizuno: A Band Of Brotherhood

In 1906 Japan, Rihachi and Rizo Mizuno founded the Mizuno Brothers Ltd. During such time and in such place, Baseball was more popular than golf, so the two brothers only made gears and custom-made wears for the former sport. And all items were made to order. After gaining much recognition and accolades, Mizuno became one of, if not, the number one sports goods manufacturer in Japan. Besides golf and baseball, Mizuno manufacturers products for tennis, volleyball, running shoes, boxing and skiing.

As golf started to grow in popularity in Japan, Mizuno didn’t waste any moment to grab the obvious opportunity at hand. After years of planning, the company was able to triumphantly launch its Star Line golf clubs in 1933.

Since the Japanese golf market wasn’t that on-demand at the time, it also wasn’t hard for Mizuno to dominate. In fact, Mizuno did Japan a favor by filling in the market gap for what would later become one of the biggest sport worldwide.

Check out the Mizuno products

This site uses Akismet to reduce spam. Learn how your comment data is processed.